Passport 2 Pretty took a road trip to Montreal, Canada from New York City in just a short 7 hour drive and passports in tow P2P arrived at the Canadian boarder to explore all that Montreal has to offer. I once took the eleven hour train ride on Amtrack but that it is not recommended to the faint of travel heart. If you prefer a quick flight then you will find yourself landing at Montreal Pierre Elliott Trudeau airport in under two hours. Find out why heading to Montreal is a good idea this summer and see how pretty this city really is. 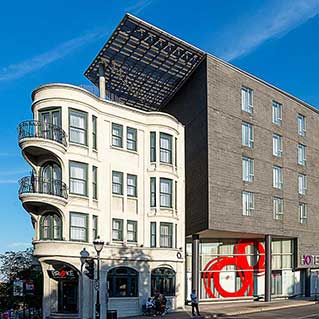 My stay at Hotel 10 was a perfect 10. This extraordinarily chic hotel was nestled on the corner of Saint Laurent in the entertainment district. This is one of the best hotels that I have ever had the pleasure of staying. Everything from city parks, five star restaurants and trendy boutique shops are just in walking distance. 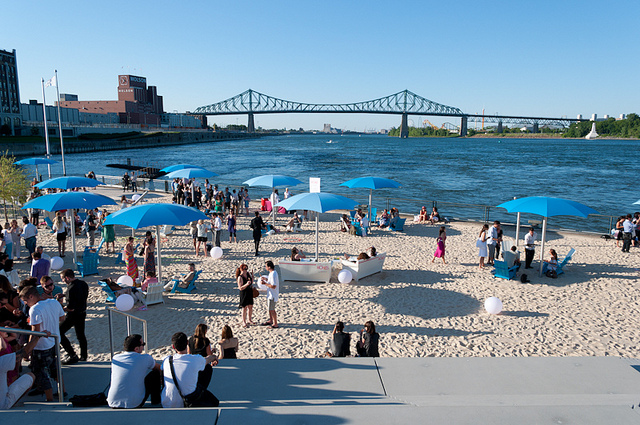 I headed to Clock Tower Beach in Old Port Montreal  to catch some rays and give you Pretties some beauty beauty tips to stay Pretty while out in the sun. Though this is a manmade beach it gives city dwellers a great place to just chill out and cool off. I walked to the very top of Clock Tower Beach to get a view of this epic city. 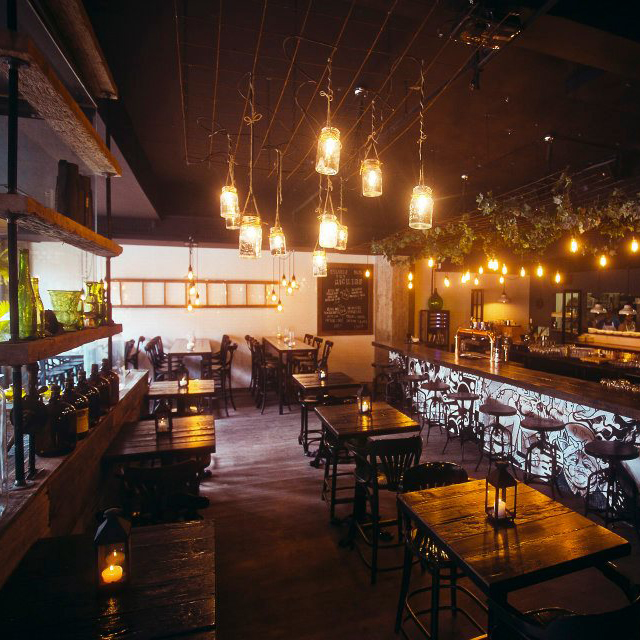 With all of the sunbathing I worked up quite an appetite and ventured to a hip hop inspired restaurant on Saint Laurent called Suwu Montreal where I caught up with co-owner Zach for a chat. I tried the Fried Chicken and Blueberry French Toast and sipped on a Big Booty Ho, both which were lip smacking good. I played on a pinball machine as I rapped lyrics from KRS One, Public Enemy, Tupac and Biggie. 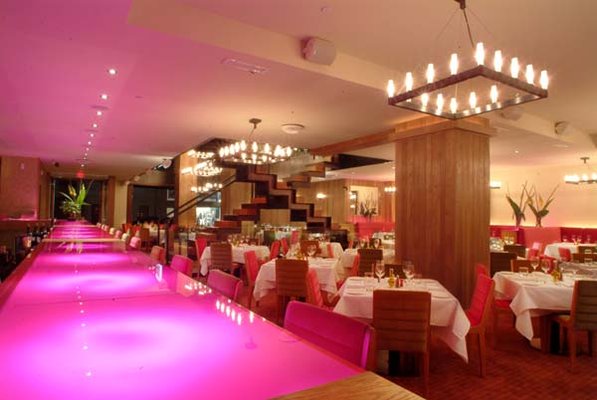 Montreal has the largest amount of restaurants per capita only second to New york City so I had no choice but to keep right on eating. I found myself at Cavalli Cafe on Peel. I sampled nearly every entree and toasted to the good life with Montreal Maven Laura. I have also been to the Cavalli Cafe in Milan and they both have such an awesome atmosphere and a delicious food menu. 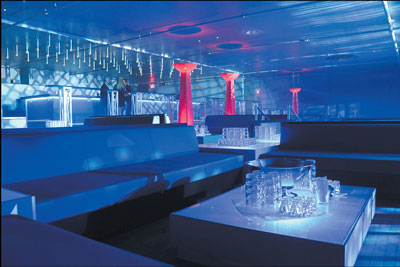 After dinner we were chauffeured by Fadi Maalouf Luxury Car Service to a hot spot called La Mouche on Saint Dennis.  We met Lauras good friend and girl about town Claudia for some girl talk. La Mouche was just a warm up as Montreal parties into the let night hours and we headed out and to burned some more calories on the dance floor. 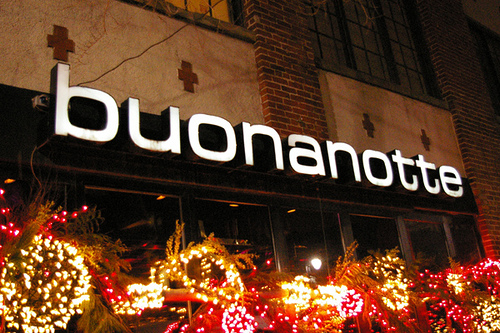 Las but certainly not least was a happening spot on Saint Laurent know for its late wild parties, pumped up music and fashionable crowed called Buonanotte. Buonanotte translates to good night in French and indeed it was a fabulous 24 hours in Montreal, Canada. Press Play below for the live action video.

Thank you for reading Pretties.

Do it for the culture in Cartagena, Columbia