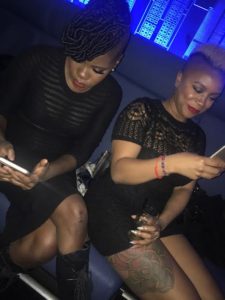 Before you get your whities in a bunch this is not some sappy good-bye letter swearing off NYC and damning everyone to hell who doesn’t jump ship NOW! Quite the contrary, NYC has been good to me in …its own way. The thing is one brisk night in October I woke up out of my sleep with an idea to study yoga, to take it seriously. I was failing a adulating nut yoga was he one thing that kept me balanced.  I began scouring the net for more information on programs and schools. I did a general search which lead me to bookretreats.com and there I found tons of schools, programs and even retreats to choose from. I knew immediately that NYC was not an option for me. I simply was not disciplined enough to decline my friend’s invites to brunch, dismiss a sample sale or miss out on a good open bar event. But, where could I go?

There it was on my computer screen, “World Peace Yoga School” in Rishikesh, India, the “yoga capital of the world”!  WPYS met all of my criteria, amazing gurus, an extensive curriculum, full room and board and it was nestled at the foot hills of the himalayan mountains. I immediately inquired and received a response on the requirements to join the 200 hour teacher training certification program. I closed my laptop and thoughts began swirling in my head. I immediately called my travel pal “La” and told her my plans. She listened patiently as I raced through my words with so much enthusiasm, hardly taking a breath and not letting her get a word in edgewise. The other end on the phone was silent for a moment until La spoke, “Ok, ok this looks interesting. Let me look into it as well.”

A couple of days later she called and said she would enroll in the 200 hour meditation certification program at WPYS. Not only would I be traveling to India and other countries, obtaining my yoga certification, but I had someone willing to come along for the ride. We created a soft exit plan out of NYC and discussed how to transition out of life as we know it. La would leave her job, I would release my clients and we would both sublet our places. We would let our family and friends know, there would be a bon voyage party and we would do it all seamlessly. Right? Well not quite. Adjusting my life to leave NYC to go and practice yoga in India had way more moving parts than I could have ever imagined. Was I really going to be able to pull this off?

Nearly a decade of my life in NYC was smooched into a small two bedroom apartment in Harlem. I have backstage passes from fashion week pasts, a slew of business cards from every industry professional in NYC and a collection of spandex during that awkward fashion phase in 2010. Why do I have all of these things? I started to give away household items, trashed the clutter and donated over half of my life. Guess what? It still wasn’t enough. I had bags of this and boxes of that everywhere. It looked like a Sunday morning garage sale. I cried, I laughed and I reminisced on the life I had in NYC as i parted with more personal items. Getting rid of things that I couldn’t take with me was one thing. Saying goodbye to people I’ve know for nearly a decade was difficult. Many had shaped my career, been a shoulder to cry on or simply shared a warm pizza and a cold beer with me. This small but mighty tribe I had been blessed with is what made my NYC experience brilliant! I knew I would miss them like crazy, but they understand my spirit.

Family was another thing, “Hey mom, hows it going? Im going to do yoga in India and I don’t now when Im coming back.” Try saying that five times, fast. I left home at 18 to attend college and I never looked back. Sure I came home for holidays, birthdays and funerals, but I never gave the impression that I would be moving back to Texas. So naturally my mother is use to me being away, just not all the way in India! My grandmother was intrigued because she is a natural born yogi and has practiced yoga since the 70s, just not in India! After a few days of interrogation, I received their blessing.

So while I hate to leave my match box apartment perched atop of a liquor store, the bustling projects directly across the street and horn blaring commuters hoping on the FDR.  My decision to leave NYC to has nothing to do with hating NYC. I needed to take responsibility for the direction of my life and make some big decision to put myself first. I will explore the world and it is something my future self with thank me for. Besides, NYC isn’t going anywhere! Is it? And I can always come back. Can’t I?

What is Passport 2 Pretty?

What is Black Joy?