Written by passport2pretty, 6 years ago, 0 Comments

Hola! Passport 2 Pretty dashed to Mexico City para una pequena fiesta para mi cumpleanos! Before I torture you with my Span-glish I want to say that Mexico City is a great city, a loving city and a safe city. When I first told my friends and family they immediately questioned my rationale to travel to Mexico solo. My response was “Are we ever really safe anywhere?” Besides a lot of the chaos happens along the boarder where our bad guys are fighting with their bad guys for power, money and drugs. Since Im not looking to start a new cartel, I figured I would be just fine. 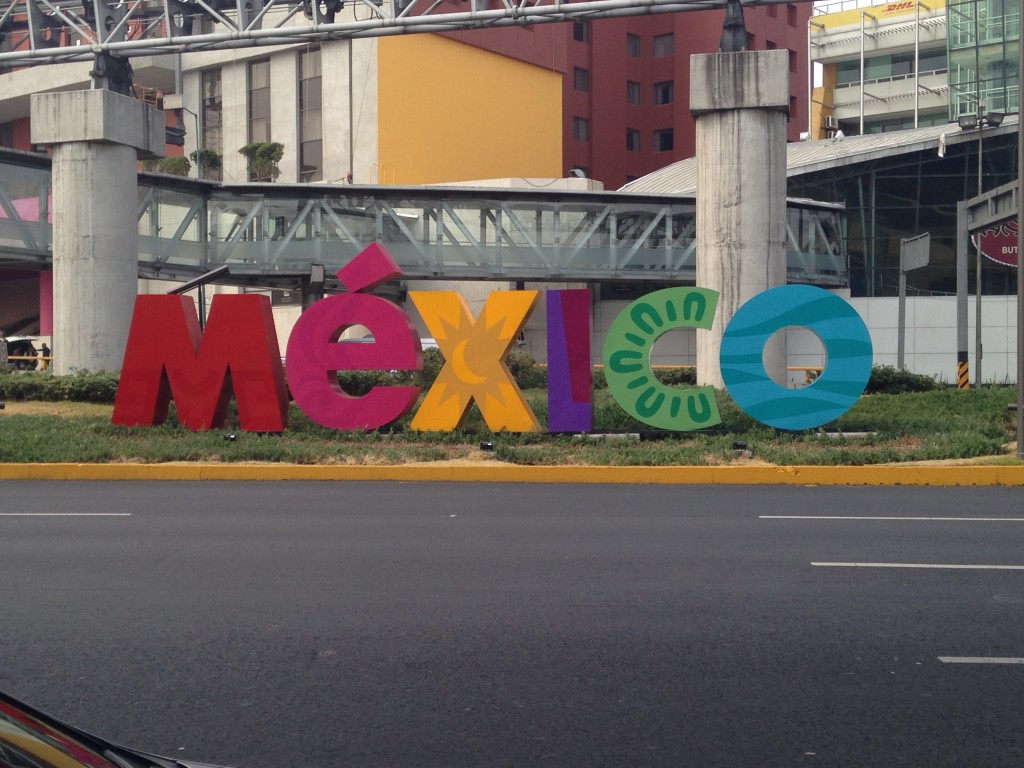 There was no question about it, I had arrived in “MEXICO”! The bright colors were so inviting. I inhaled a thick breath of air as the warmth of the sun caressed my brown skin. I almost did not notice several onlookers trying to figure out who or maybe even what I was. I gave my best hola and smile then set off to my adventure in Mexico City. 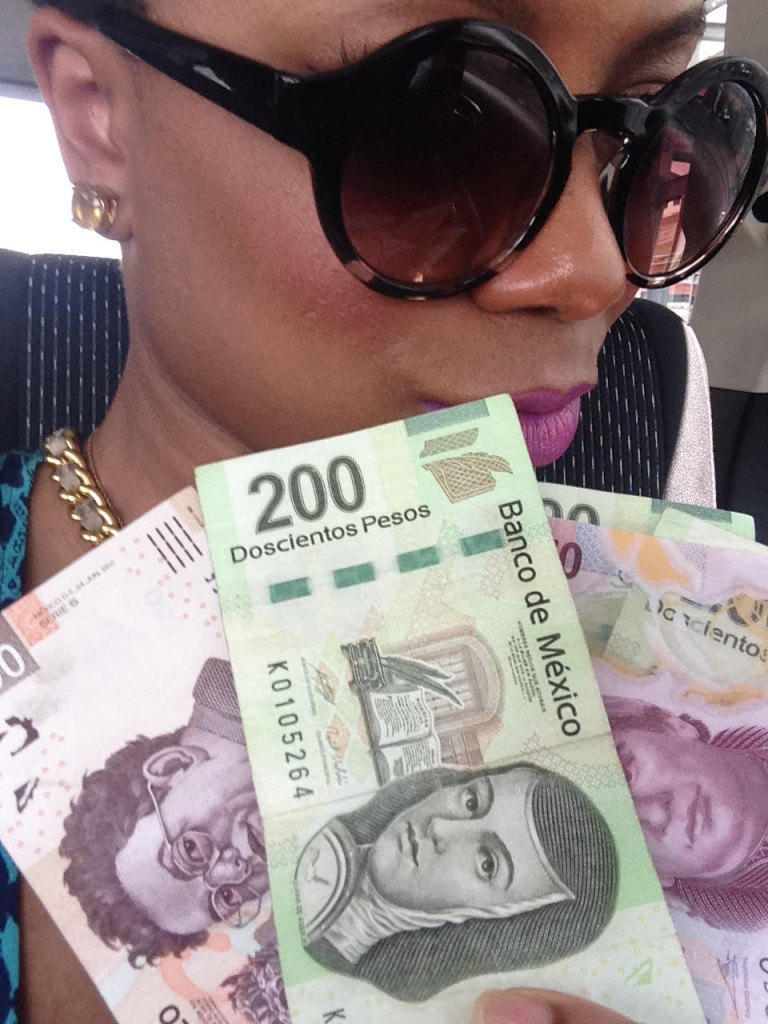 Un momento! Im going to need money and even more specifically pesos! I’m not here to give you financial tips but I more often then not pull cash out of the ATM of whichever country I am visiting. Yes I know there are going to be fees but would you really travel if you were concerned about $5. Besides the money is so pretty and because you are converting dollars you are actually gaining roughly about 30% of funds. Just call me “Mama Pesos!” 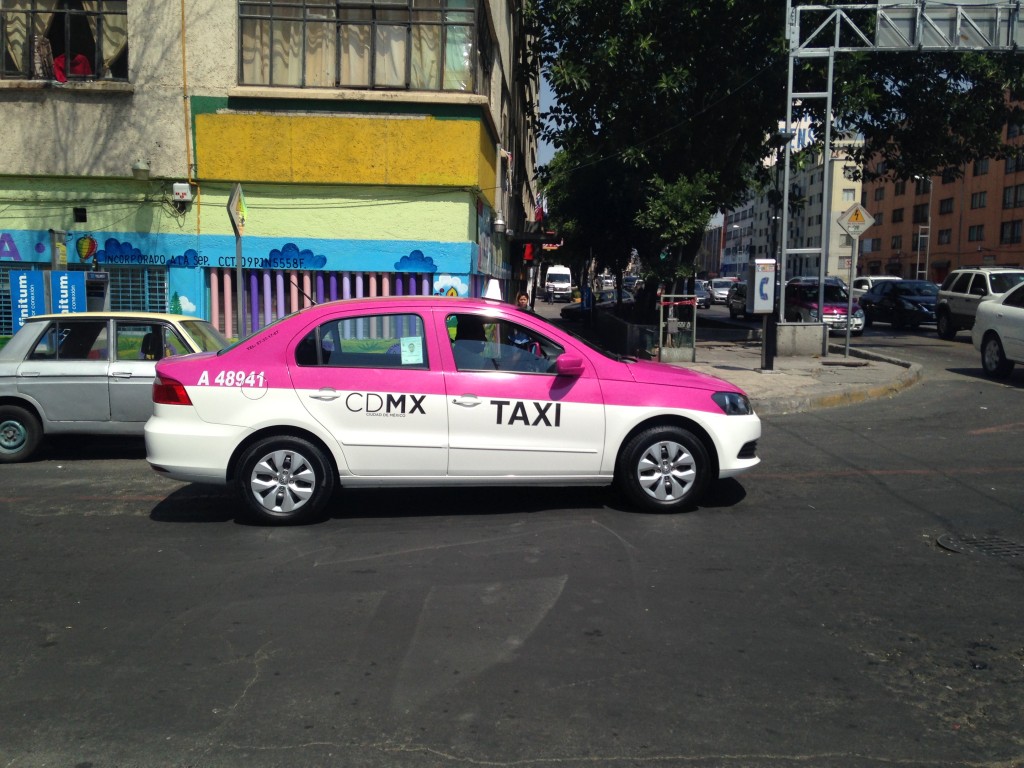 Taxi in Spanish is Taxi. This pretty pink mobile transported me to my hotel located just one mile from downtownMexico City and it costed a little over 200$ which converted to $13.68. My cab driver was happy to except my tip but please be careful not to offend other service men and women. This is the  opposite sentiment from the US, where tips are nearly demanded. 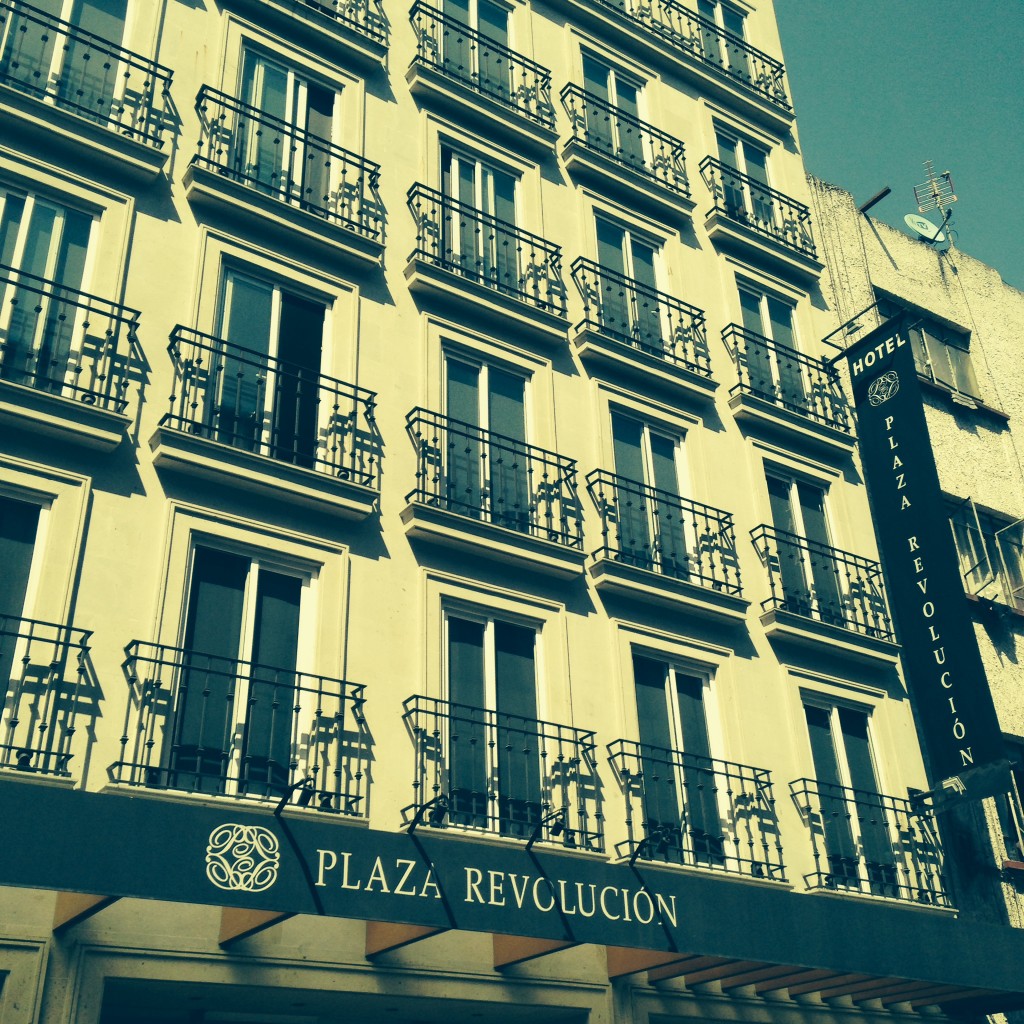 It took me about 25 to 30 minutos to arrive at Hotel Plaza Revolucion. This is a smaller boutique hotel with about 5 floors and boast that they have “The best service at the best location within Mexico City”. I couldn’t debate them on that. I was well taken care of at all times. I was in walking distance from all of the action but loved being tucked away. Everyone from the maids to the hotel management were outstanding! This 4 star should be a 5 star at just under $200 for 3 nighst! Ole! 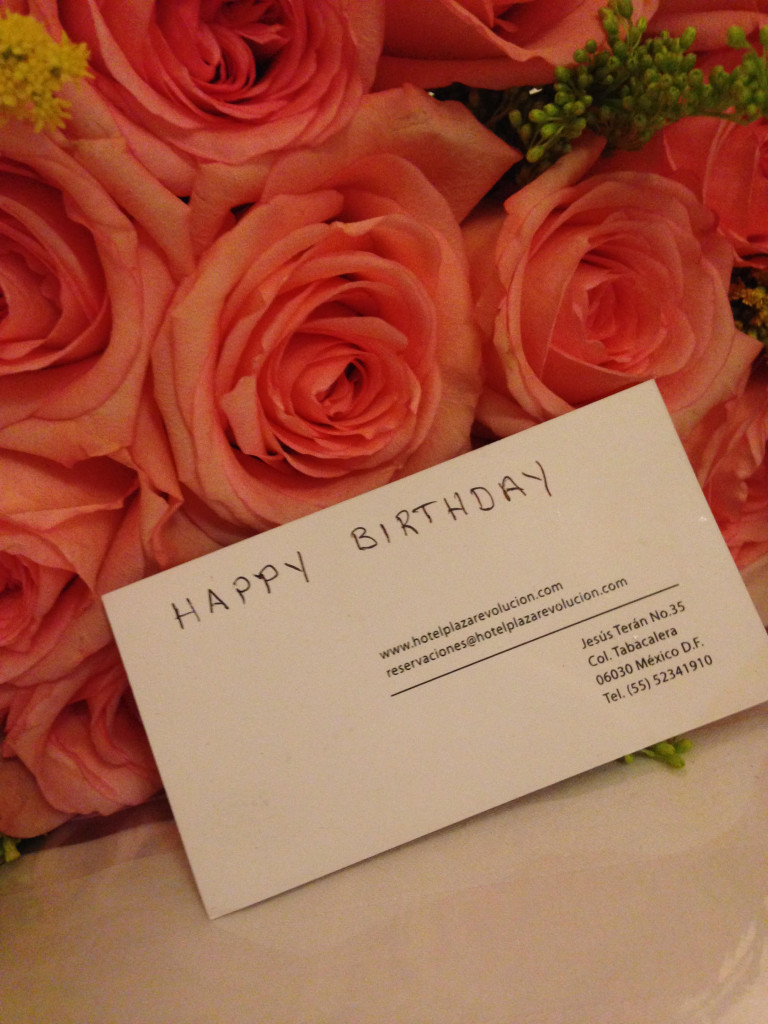 Remember how I bragged on the hotel staff. I spend much of the day in Zona Rosa which is a great area for hanging out, eating fresh tamales, going to the movies or burning pesos at the casino. When I returned to my hotel I was greeted with a beautiful birthday bouquet of pink roses. I want to say muchos gracias to both Fernando Corona and Paula Lera, the management staff at Hotel Plaza Revolucion! I was so touched that perfect strangers would care about my birthday. What a feeling! 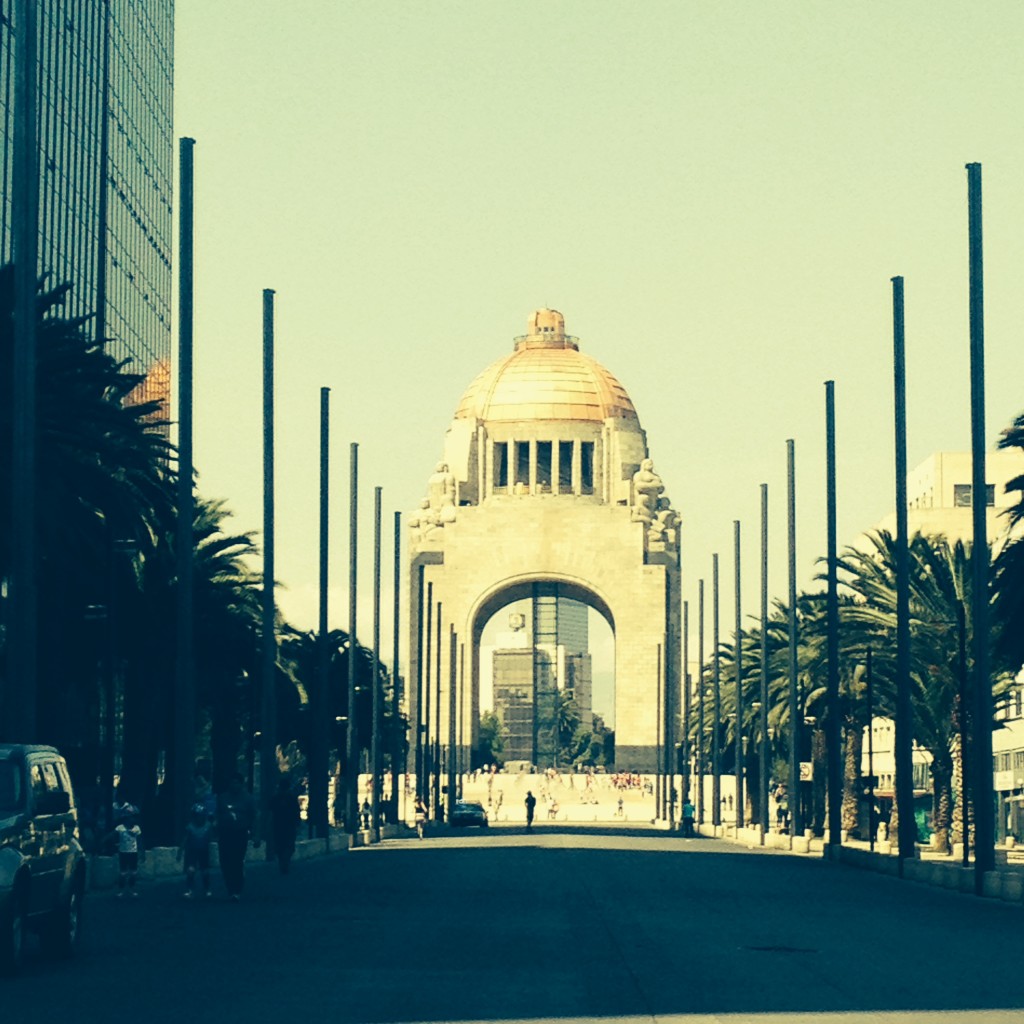 I was literally steps from the Hacia Monumento a la Revolucion. I watched children play, drummers drum and lovers kiss. There were skateboarders, rollerbladers and bicyclist enjoying the beautiful weather that Mexico City offers even in their “winter”. I sat and people watched a bit more. Love is so evident in the way that the mothers hold hands with their daughters and how grandparents still fawn over each other. Can you say relationship goals? 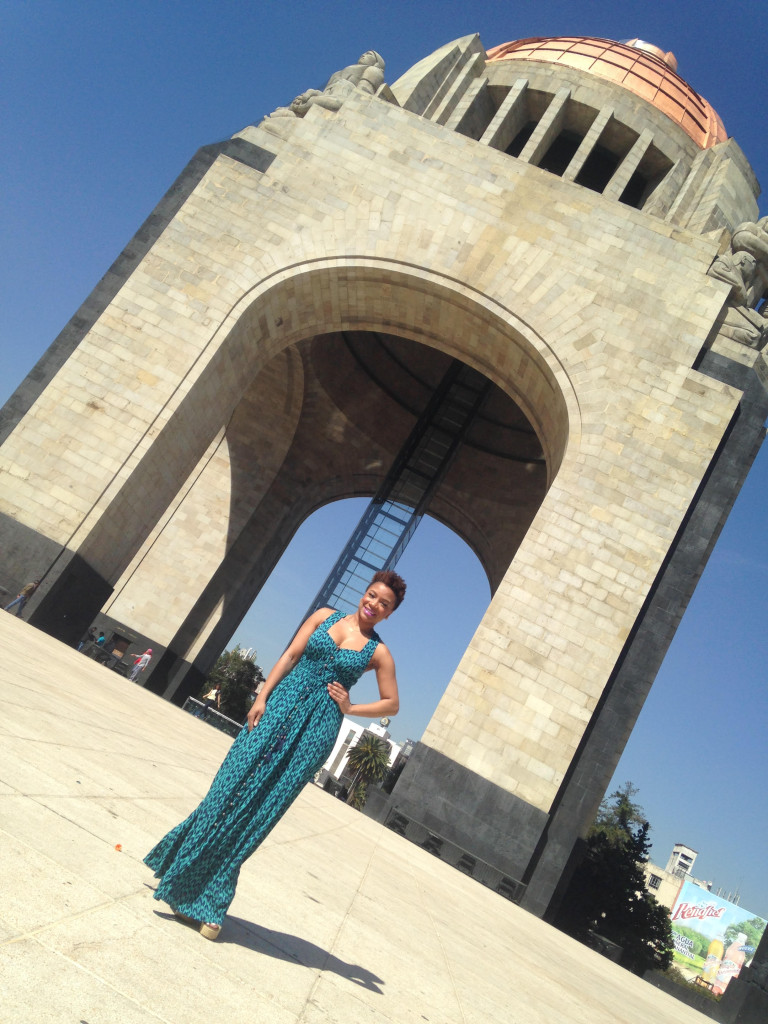 A quick snap shot of me in from go the monument, just so you know its real. I asked a few kid to take this photo for me and they obliged, but only if I would take a picture with them as well. In fact this happened many times in my short stay. The younger children would point and say “chica negro” and the teenagers wanted to talk to me. I met many nice mujeres and was often invited to hang out. 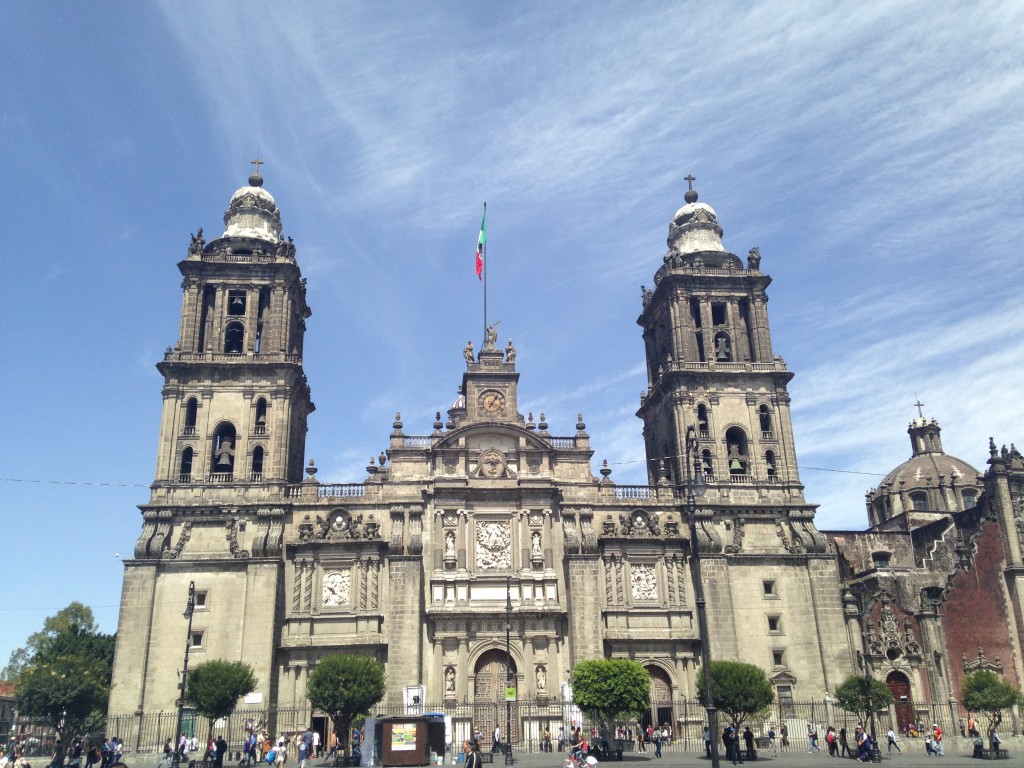 I hopped on the Metro to the Coyoacan stop to see the mall. If you have seen one mall you have seen them all. Vamonos to Plaza de la Constitucion! It was there that I saw the beautiful National Palace and took a moment to pray in the Metropolitian Cathedral of the Assumption of Mary. This was one of my favorite moments of my short time in Mexico City, but time well spent. However, if you are a shopaholic you can literally cross the street to Francisco I. Madero and grab some Forever21, Zara and Body Shop products. 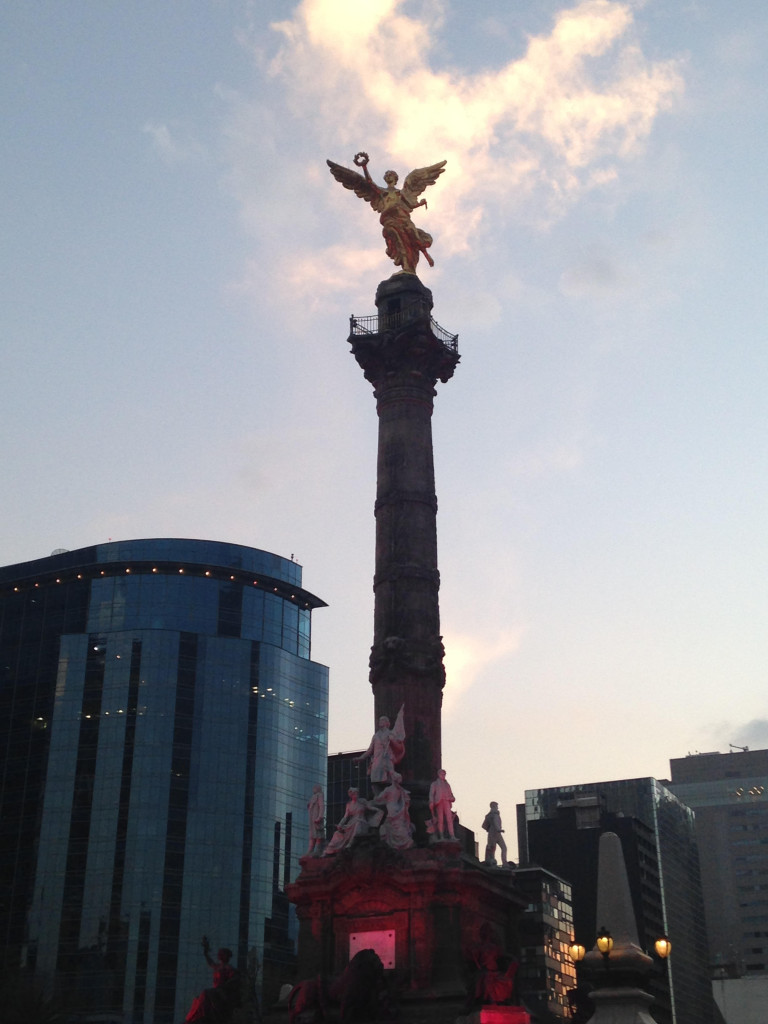 Speaking of favorites…The Angel of Independence has got to be my favorite monument thus far in my travels. She is straight up gorgeous at a towering 118 feet tall. I learned that this sculpture was given to commemorate the first 100 years of Mexican Independence in 1910. A local named Pedro informed me that it had just been cleaned and polished special for me. Oh Pedro. 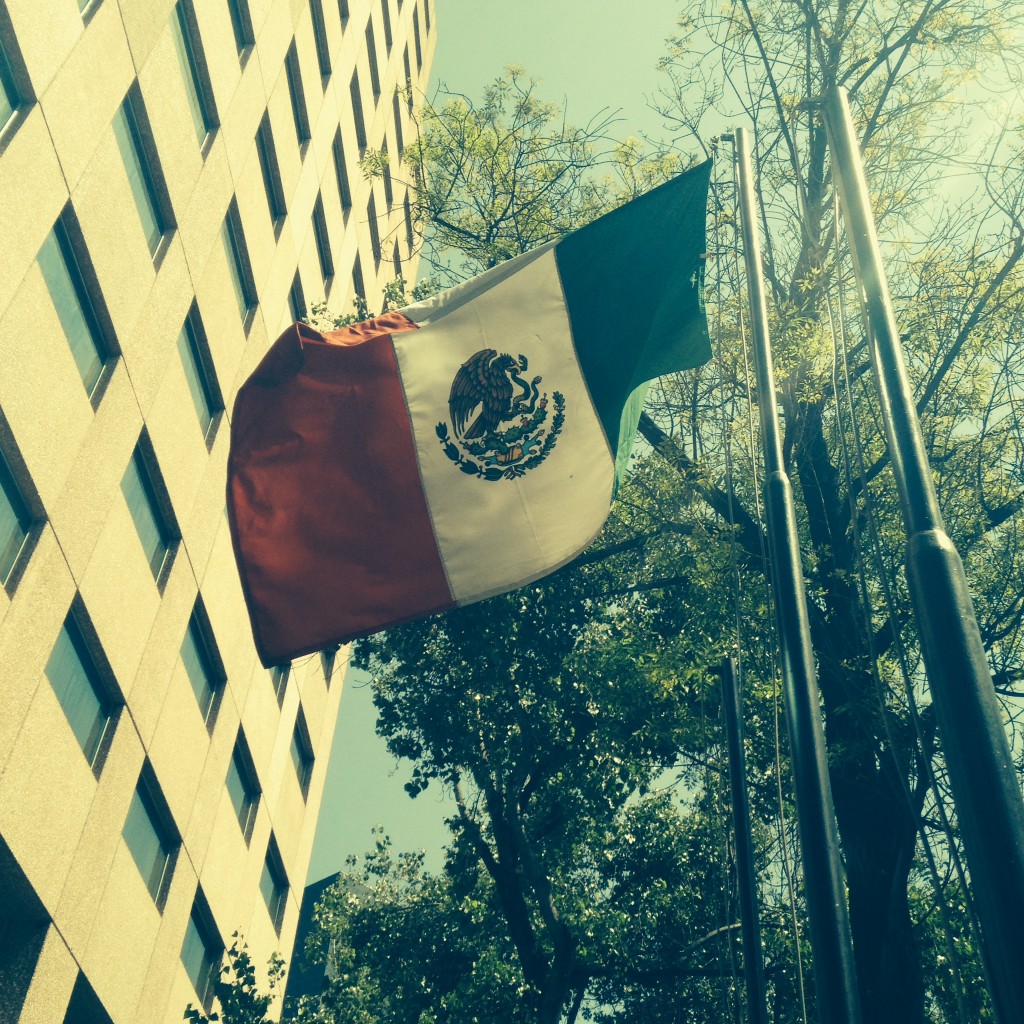 There is so much that I didn’t get to see in Mexico City. For example, I missed out on the Mariachi Band in Plaza Garibaldi, the ruins of Teotihuacan and the Frida Kahlo Museum but hey amigos, voy a volver! Te amo!

Thank you for reading Pretties!  Watch the quick video of my 48 hours in Mexico City.